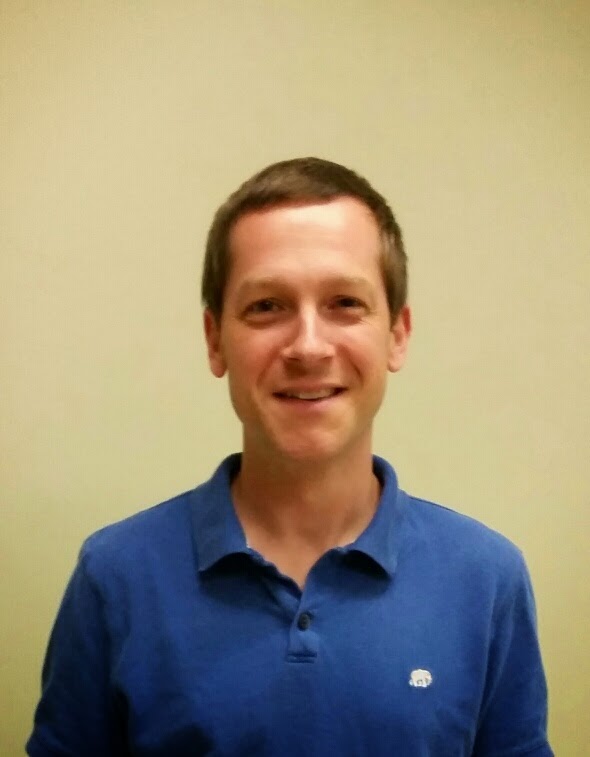 The Food Bank is delighted to introduce you to Scott Hamann, Good Shepherd Food Bank’s new Manager of the Cupboard Collective Program.  Scott has been passionate about ending hunger ever since his time working with homeless youth in South Africa, and he looks forward to assisting his fellow Mainers access the food and nutrition they need to lead active and healthy lives.  Outside of his work with the Food Bank, Scott is a State Representative where he considers economic security – including food security – to be a top priority to improve Maine’s economy and quality of life.

Scott started his new position at the Food Bank on Monday, August 25th.  He will spend the first couple of weeks getting acclimated to his new position, visiting with and talking with current Cupboard Collective partners, and learning all he can about the Food Bank and the Cupboard Collective program. He is excited to build relationships with the Food Bank’s partner agencies to listen to your needs and discover solutions that better meet the needs of your patrons.

Scott can be reached at shamann@gsfb.org.

Scott's predecessor, Bria White, has left the Food Bank to pursue her Masters degree, and we wish her all the best! 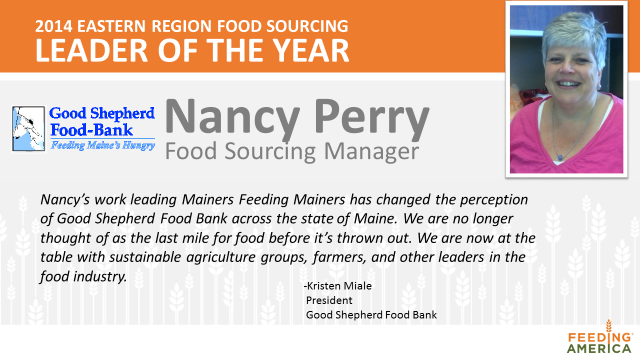 nSPIRED Natural Foods, Inc. has voluntarily recalled certain retail lots of Arrowhead Mills & MaraNatha nut butters because of possible health risks concerning Salmonella.  Good Shepherd Food Bank did have MaraNatha Organic Creamy & Roasted Almond Butter in our Auburn warehouse's salvage area.  In addition, you may have received this product through donations as both Whole Foods and Trader Joe's carry this product.
Please look over your inventory as soon as possible and post a sign in your pantry alerting your patrons to dispose of this product.
A complete list of the affected retail lots can be found here, as well as disposal information.
Thank you for your quick and thorough attention.
Labels: Recalls

The Hunger in America 2014 Study is Here!

On Monday, August 18, Feeding America released Hunger in America 2014, the largest and most comprehensive look at charitable food distribution in the U.S.

In 2012 and 2013, Good Shepherd Food Bank participated in the data collection phase of this study. We visited food pantries and soup kitchens throughout our network and administered the agency and client survey.  After many months of waiting, we are now able to see the results of this data collection!  Just before the HIA 2014 report was released on Monday, we received our state report, and we are in the process of distilling this long, academic-style report into a short, easy-to-read document that highlights the most critical information provided by Feeding America. Good Shepherd Food Bank is planning to release this state report, Hunger in Maine 2014, in September, so stay tuned!

A few of the more striking pieces of data from the study:

CONSUMERS
§  Good Shepherd Food Bank’s statewide hunger relief network serves 178,000 Mainers each year.
§  These consumers make 1,985,000 visits to our partner agencies each year. This means that, on average, a consumer is visiting an agency 11 times per year.
§  55 percent of consumers served by our network are children (under 18) or seniors (over age 60).
§  56 percent of households served by our network are living in poverty; 94 percent have incomes under 150% of poverty.

(One note about the number of children served by our network – this study underrepresents the number of children served by Good Shepherd Food Bank. Data collection was not conducted at child hunger program sites such as School Pantries and Summer Food Service sites, because the client survey cannot be administered to children. So please keep in mind that, in addition to what is reported in this research, we are also serving more than 200,000 meals a year through our child hunger programs.)

Look for the public release of our state report, Hunger in Maine 2014, next month!


In an effort to provide our partner agencies with increased exposure on our website (gsfb.org), we will soon launch a new feature, Partner Profile Pages. These profile pages are linked from the Food Map (gsfb.org/help/food-map). When a person searches the Food Map for an agency in their area, they will be able to click a "Read Details" link and be taken to that agency's profile page.

When we launch this new feature, each of our hunger relief partners will be able to update their Partner Profile Page with information about their mission, services offered, hours of operation, and current needs.

Here is an example of a completed Partner Profile Page: