Applesauce: More Than a Side Dish 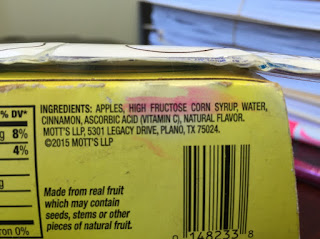 Good Shepherd Food Bank has frozen applesauce in 2 and 4 cup packages (4 and 8 half-cup servings) made from local Maine apples, with no additives.
Besides snacking, applesauce can be:

Directions:
Break eggs into a large, shallow mixing bowl. Add applesauce and cinnamon. Using a fork or whisk, gently whip mixture until well blended. Set aside. Melt butter in a large skillet or griddle over medium heat. Dip bread, one slice at a time, in egg mixture (be sure to coat both sides). Place coated slices carefully into the skillet and allow to cook for 2-3 minutes per side until golden brown.